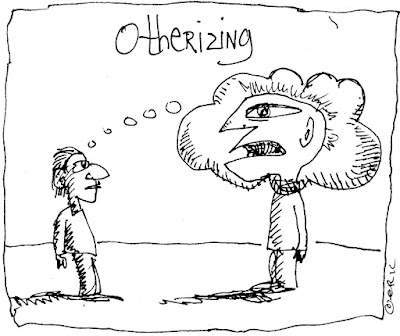 Let me be absolutely clear. I find all forms of ethno-cultural (including religious and denominational) essentialization and bigotry utterly distasteful and moronic. But context does matter to me. There's a huge moral difference between the hate speech of the privileged aggressor -- and the angry, unfortunate, but understandably bigoted counter punch from the otherized, demonized, and marginalized victims of his aggression.

Whilst the aggressor's hate speech bears severe social, political, economic, and eventually existential consequences for his target -- the unfortunate but totally understandable defensive response from his target bears none. Being butt-hurt from a position of power and privilege is irritating because it's not all about them, and should never be.

Power dynamics matter, and the oppressed are held to a higher moral and behavioral standard only by the morally barbaric and privileged defenders of the systemic status quo of otherization, demonization, and marginalization.

That said, I draw a line when such defensive bigotry transforms itself into active Fascism. Bad-mouthing "Hindus" and "Buddhists" rather than the particular terrorist entities that claim to represent them, or "Jews" rather than Zionists, or "Muslims" and "Sunnis" rather than Takfiris out of the legitimate anger due to supremacist aggression is one thing -- but breaking bread with Nazis, Duginists, Takfiris, New Atheists and other white cultural supremacists and westoxicated cultural imperialists, and all other Fascists -- or advocating their supremacist positions is unacceptable. 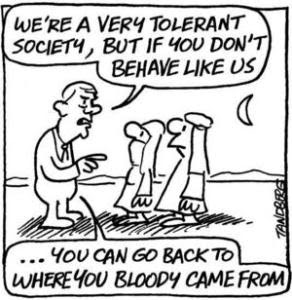 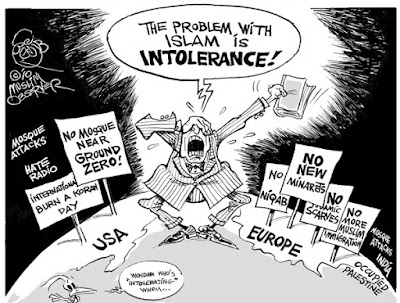