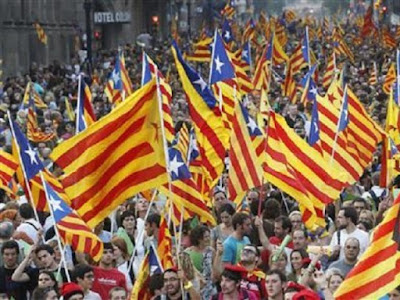 The Balkanisation of Spain—allowing global capital to pit workers against one another in a race to the bottom in terms of jobs, wages and conditions—would not be a “victory” for the working class. The most telling example of separate states emerging from the “ruins” of a larger one is the former Federal Republic of Yugoslavia, where the pseudo-left groups used deceitful invocations of the “right to self-determination” to back an imperialist drive for dismemberment and capitalist restoration that ended in a bloodbath. In a series of ethnic wars lasting a decade, from 1991 to 2001, an estimated 140,000 people were killed and four million displaced. This culminated in the 1999 NATO war against Serbia. Nearly two decades later, the entire region remains decimated.

The reactionary, anti-working-class policy of the Catalan nationalists is yet another vindication of the assessment of bourgeois nationalism formulated by the ICFI during the wars in Yugoslavia.