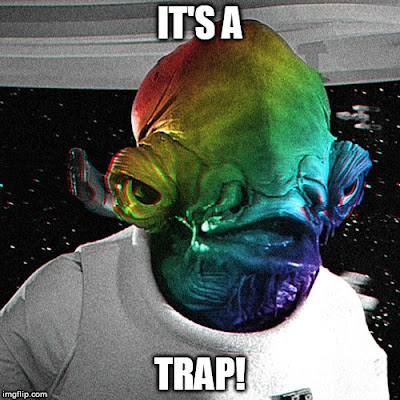 Other than providing a window, psychedelics on their own do not bring anyone any closer to awakening or enlightenment. In fact they can even do the opposite among people who are not properly equipped and have not worked out their inner delusions by compounding the disenlightenment and slumber. It is unshakable commitment and the unquenchable desire for Truth (and working to that end) that brings awakening, not the plant on its own nor even the spirit behind it. Perhaps some have begun finally cluing in to this teaching of the plants themselves. Maybe.

I know people who have led clean lives committed to the plants now terminal (and possible dying) of cancer, i.e. leukemia. These people did everything right in their lives on the outward level. But at some point these people got caught in a black vortex of lies, and it is this -- and not anything else -- that pulled them into the life threatening disease they now find themselves in.

The New Age and the Western psychedelic community have bought into many, many, many fallacies and lies that now effectively make them part of a greater problem rather than its solution: fallacies which are part and parcel of the delusions animating a criminal global capitalist system that is in slow motion destroying this very planet and all things upon it piece by piece. And while many New Age Western psychonauts are navel gazing and trapped in completely false solipsistic "post-truth" contexts revolving around their own egos, the enlargement of their pocket books with their class and racial interests, this planet and all non-human lifeforms upon it are increasingly threatened in their very survival by the parasite known as post-industrial 21st century humanity.
Perhaps people should begin dropping the orwellian New Age newspeak and jargon with its false contextualizations of reality, and actually begin judging the mess around them in order to do something about it.