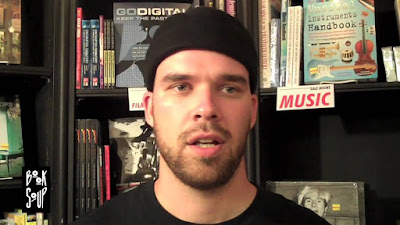 Michael Muhammad Knight, hoax is the consummate definition of your entire literary career, beginning with your plagiarization and theft of the narrative of Taqwacores originally written by Cihan Kaan http://www.upsetpress.org/halal-pork-and-other-stories-cihan-kaan/ (a Turkish-American punk Muslim whom an utterly shamless whitey career opportunist such as you had absolutely no compunction whatsoever in stealing from and taking sole credit for). You are one of the biggest frauds and charlatans around, and your own former friend Propaganda Anonymous (Gabriel Kennedy) whom you defamed in Tripping with Allah has your number on that score. Your last book, Magic in Islam, was another major hoax by you where it was marketed as something that it wasn't. But you can get away with this sort of serial intellectual dishonesty and literary theft because you are white whereas people like myself or Cihan Kaan are not. So whereas your integrity cannot be easily impugned by your deluded audience -- even when the trail of your thieving and dishonesty is well established -- together with the NY literary agents who market your sorry pink a$$, yet you have the chutzpah and temerity to do so to many, many others. Now, the 13 page istifta says exactly what the article says it does. But I am not confident that with whatever training you have received, you are capable of even reading an Arabic text of fiqh issued by an Ayatollah in the hawza at Qom. On that score, and as your silly and crappy formulaic careerist publications have demonstrated time and again, your technical Arabic is sub-par at best, if non-existent altogether, at worst. So you have no idea what this text even says. Be that as it may, I posted the final fatwa and its translation on one of my own blogs in 2014 just after the Reality Sandwich interview came out (see below). So you and your crypto-colonist white brotherhood of NY faux-liberal naysayers and literary publicists can now go and collectively fuck yourselves! http://wahidazal.blogspot.de/2014/06/ayahuasca-and-godhead-interview-with.html --- In His Name, Majestic be His Names! Just as it was replied to you previously regarding such legal [religious rulings]; being an expedient [or ‘a merely an artifice’], like the vegetative [i.e. meaning ‘psychoactive’] substances; due to the primary origination of these vegetative substances being like the rest of the created things [in nature], which does not require a religious text [for a legal judgement], because it is permissible. And it is not possible to make a religious judgement over the inviolability [or sanctity] of such things [i.e. psychoactive substances originating in vegetative matter/the vegetable world] nor is an explicit text required nor in general cases can it even be explicitly ruled against, for such religious rulings only apply in cases of their abuse [or ‘malpractice’, i.e. their secondary effects]. [The rulings on] hashish, for example, return to the effects [of the substance] because it deprives/hampers the mind, or it [applies to, i.e. the judgements] [to] the delusions/illusions it generates [in the mind] during the state of intoxication. As for what has been mentioned regarding certain plants [literally ‘flower’, i.e. which are psychoactive] in some of the transmissions [from the Imāms] in the matter of the [natural] compositions [of things], it is not possible that all of their transmissions may be weak and therefore their sources cannot be relied on [meaning, the famous hadīth regarding frankinscense, harmal and similar cannot be dismissed out of hand]. Al-Ruhani (seal) Dated: 8 Jamadi al-Ula 1435 AH [corresponding to 11 March 2014 CE] -- Yeah, go ahead and block. You don't have the backbone or integrity to engage in real debate and acknowledge when you are full of shit (which is 99% of the time) precisely because you have built your career on the back of others and are one in a long line of white American racist colonizers pretending to be something else. 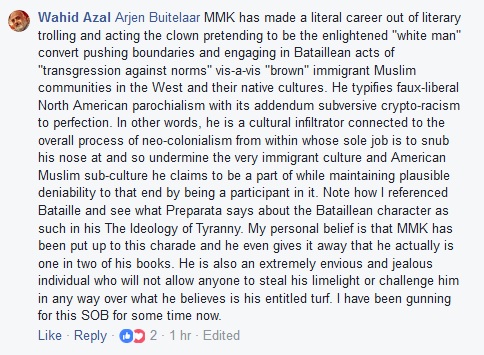 Poem no. 2137 in Furuzanfar's critical edition of the Diwan-i-Kabir, translated in Frank Lewis RUMI PAST AND PRESENT, EAST AND WEST (Oxford: 2000), p.317.

The donkey's ass who in jealousy even takes offense at Jesus
A hundred donkey dicks up his ass, a hundred dog farts in his beard
How could an ass give chase to a gazelle or inhale the scent of musk?
An ass smell's an ass's piss or examines piles of shit.
That ass-bitch pisses in every stream she wades through, true no
harm's done to the stream
But you've got to drink from it.
An ass feels shame from such deceit,
Hear it from the book of Truth, "Rather are they strayed further
from the Path,"
How like a whore's all his scratching,
How like a fag all his flirtation
Shut me up! Let God forever make him shamefaced
I'll fondle the Saqi (the wine bearer), since I am drunk with her
tickling!