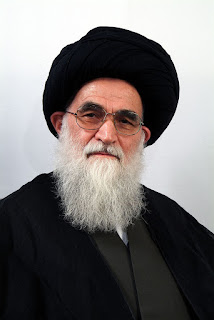 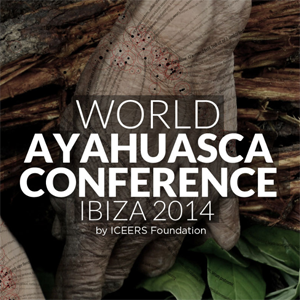 In late September 2014 when I was at the first World Ayahuasca Conference in Ibiza, Spain,[1] just an hour or two before my presentation; and as I went to get some breakfast; I quickly ran into Rick Doblin[2] of MAPS (Multidisciplinary Association for Psychedelic Studies)[3] on the streets of the island near the conference venue. I tried to strike a friendly conversation with him about Rohani’s fatwa and its implications; but he quickly became somewhat dismissive of it and, while talking about his work and the work of MAPS “in Israel,”[4] suddenly out of the blue Doblin changed the friendly tone and interjected with the “but Iran persecutes the Baha’is” line,[5] thus abruptly ending the conversation as I, somewhat baffled by his almost immediate hostile turn of attitude, was almost about to retort with “but the Palestinians!” We parted ways and that was the end of that.

Note that this was all just after Netanyahu’s 2014 summer offensive against Gaza.[6] Right then it became evident to me that Ayatollah Rohani’s pro-entheogen 2014 fatwa was perceived by this self-styled heavyweight (and probably others among his colleagues) of the international entheogenic community as a political threat of sorts. At the time I did not make much of it, but made a mental note, until the final night of the conference during the concluding presentation delivered by an eminent official of George Soros’ Open Society Foundations, when I realized that (while not immediately relevant to the fatwa itself) trouble would eventually brew over the implications of this fatwa because of the political (not to mention, financial) interests at work within this industry and what this fatwa may represent in disrupting the perception management and propaganda of some of those unseen interests and forces who have been targeting Iran for quite some time, Soros obviously being one of them.

After returning to Berlin, Germany, I wrote an article about that final night in Ibiza and the Soros foundation representative and her talk.[7] The article was originally published with the Duginist Center for Syncretic Studies (since taken down from the site) during October 2014. The CSS platform came with a comments section where Rick Doblin and I had a mildly animated back and forth in the comments after I had initially emailed him a link to it.

Since September-October 2014 much has happened. However, during much of this time I occasionally detected a few grumblings here and there online about this fatwa, sometimes on assorted psychoactive oriented message boards where armies of anonymous pro-Zionist trolls would come and indirectly attack the fatwa whenever someone posted the Reality Sandwich interview[8] or the other articles by other sites who had reported on it: attacks always couched in the same predictable pattern of talking points and propaganda while smokescreening and deflecting from the implications of the fatwa itself.

When in December 2014/January 2015 I was contacted on email and then on telephone by a senior Wall Street Journal correspondent (the consummate mouthpiece of the American NeoCons) wanting to know more about the fatwa and the people besides myself involved with it, it dawned on me that there were in fact interested parties behind the scenes who were testing proverbial waters, that I should watch this space very, very carefully, and, most importantly of all, prepare for an eventuality that may be now coming to pass in late 2017.

So let us now fast forward to November 2017. On 9 November 2017, with the caption “Well this is a surprise!,” Daniel Pinchbeck[9] -- one of the leading figures of the North American psychedelic/entheogenic scene and author of the bestseller Breaking Open the Head: A Psychedelic Journey into the Heart Shamanism (New York: Broadway Book, 2003) -- posted one of the 2014 articles on the fatwa published on The Ibogaine Foundation’s page[10] on his own Facebook fan page.[11] Let us not forget, that the original interview with me and Benton Rooks had occurred on Reality Sandwich, a site which Pinchbeck himself founded. I don’t believe for one second that it took Pinchbeck over three years to learn about this fatwa which had first been publicized on his very own site. Some people in the psychedelic/entheogenic community may at times be absent minded, but not like this. This posting, in my opinion, was agenda driven.

Immediately, several eminent individuals associated with the US psychedelic/entheogenic scene -- one of whom styles himself a counter-culture hipster American Muslim and whom I have had longstanding questions about and consider a professional literary agitator (and who also obliquely attacked me in one of his published books while also plagiarizing a great deal from some of my internet postings of the previous decade) -- began attacking the fatwa and myself by implication.[12] He called it a hoax, even though all material related to the fatwa –- beginning with the text of the final fatwa itself[13] –- were made available almost immediately on issue. Only the thirteen page Arabic text of the istiftā (the summary of the back and forth between Rohani’s office and the two individuals involved emailing him), and on the specific request of the person who put together this particular text, was not publicized but rather instead was circulated in email and private messages among countless individuals, including two leading tenured academics: one in the UK and the other in the United States. The individual in question, a Lebanese citizen and a Shiʿi Muslim, does not wish their name or identity publicized due to possible negative repercussions against them within their own community inside Lebanon, and this should be respected –- and I have respected it and will continue to do so.

Now, anyone following current events in the Middle East -- and as the war in Syria is beginning to wind down[14] -- knows that Trump, Saudi Arabia and Israel have recently begun escalating tensions against Iran and Hezbollah to unprecedented levels: tensions that could explode at any moment into an all out war between Israel and Hezbollah, on the one hand, and Saudi Arabia with its Gulf state proxies against Iran, on the other. In the course of an internal coup d’etat targeting his internal rivals and orchestrated by its crown prince, Mohammad bin Salman;  on 4 November 2017 the prime minister of Lebanon, Saad Hariri, was detained by Saudi authorities while visiting the kingdom and forced to resign on live television (obviously under duress) citing “Iranian interference in the region” as his reasons.[15] Hours earlier as the coup and then the Saudi kidnapping of Hariri was underway inside the kingdom, a Houthi missile from Yemen had successfully hit the Saudi capital Riyadh, for which Iran (with scanty and very dubious evidence) was immediately blamed.[16] Saudi Arabia and its Gulf allies have been involved in a bloody protracted war they initiated against Yemen in 2015, with countless war crimes committed, and which they cannot seem to win.

Returning back to Pinchbeck’s post now. This post appears to me to constitute a form of public signalling of some sort.  As such current events in the Middle East, Pinchbeck’s fan page wall post of 9 November and the attacks against Rohani’s fatwa are not isolated incidents. This appears to be somehow orchestrated. While the criticisms of the American Zionist lobby’s entheogenic wing have been relatively muted up to this point regarding the fatwa, all of a sudden, and after well nigh three and a half years, they have rolled out their proxies and mouthpieces on social media to attack it -- and the reasons to me are pretty obvious as to why this is happening now. Rohani’s 2014 fatwa put a massive dent in the cultural war of the Anglo-Zionists against Iran. While Ayatollah Rohani himself is not part of the Iranian government, and in fact was for some time even one of its vocal conservative opponents among the specifically clerical class in the holy city of Qom,[17] what this fatwa may in fact represent is dangerous to the Zionist lobby and their warmongering because it presents a completely different picture of Iran, Islam and Shiʿism to the world.

At the moment this lobby is attempting to manufacture consent for a possibly imminent war against Hezbollah and Iran, i.e. Shiʿi Muslims, and this 2014 fatwa of Grand Ayatollah Rohani decisively mitigates against at least the targeted consent manufacturing this lobby seeks among a New Age, hippy and psychedelic sub-culture of primarily North American, Australasians, South Africans and Western Europeans. In other words, the very existence of this fatwa blunts significant elements of their information war. So they are vigorously trying to discredit it even though they have absolutely nothing by which to do so. However, it should also be noted here, that this lobby and its minions are doing similar sorts of things all throughout social media and on multiple fronts, and neither Rohani’s fatwa nor myself are their sole targets. The target is Iran, the Lebanese Resistance and all of those forces in the Middle East who have stood united against Saudi Arabia’s war against the people of Yemen, its jihad incorporated industry (in the form of ISIS and other takfiri mercenary groups), continued Zionist war crimes and aggression against Palestine, and, above all, Anglo-Zionist imperialism in the region and beyond.