When you have no intellectual integrity or moral compass whatsoever 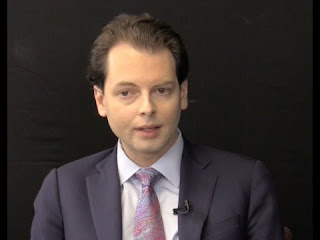 
There is one truism in this dunya and that it is indeed a dog eat dog world. However, the point of the exercise (at least for real men, and not those who only talk the walk) is not to join the company of other dogs and become one but to resist and transcend that impulse with genuine ethical and spiritual nobility even if one ends up standing completely alone. As Imām ʿAlī (ع) is quoted as saying in a famous ḥadīth, “The Truth left me with no friends.” But this is what it means to be a real warrior, a real chivalrous Knight, a kshatriyan. Alas, none of these people gets it. For all his talk of "Traditionalism," "Aristocratia," "Evola," "Atlas" and "Prometheus" Jorjani has never learned any of these lessons in order to realize the actual contents of the things he has written and spoken about. The man is, simply put, a fake, a con-man, not the real thing. This is because Jorjani is very much a creature production of the North American society he inhabits where everything (as well as everyone) is a simulacrum, a  surface spectacle, and has no reality beyond that, much like the ontology of Heidegger itself whom Jorjani (like Dugin) adores. As such Jorjani is literally a caricature of precisely the type of spiritually rootless and nihilistic postmodern individual whom Guido Preparata describes in The Ideology of Tyranny.

Of course, there are many, many, many more like him out there; and I would argue that the entirety of the so-called Alt-Right as well as the Russian funded and puppeteered alt-media scene is completely saturated with rudderless flakes such as he up and down. I've known quite a few of them in my time. One of them is even distantly related to me and has recently obtained his own Youtube program on Turkish government funded and propagandist Sibel Edmond's Newsbud as a "senior analyst" and "financial specialist." These are the times we live in where everyone with an internet connection is scrambling over the next guy to get their fifteen minutes of fame and keep it by any means necessary (including engaging in every form of self-prostitution imaginable).

But we digress. Last year in September the world learned on the pages of the NYT that despite all their intellectual contortions to the contrary, that many of the senior figures of this so-called Alt-Right are indeed good old fashioned genocidal bigots in the Nazi mold. Everyone especially took notice of this by now famous video taken undercover of Jorjani himself and his articulated views.


As a consequence of this specific video being publicized, all hell broke loose in Jorjani's personal and professional life. He apparently lost his job at the NJ community college where he was teaching at the time. Obviously the strain and pressure on him would have been tremendous. But rather than own up to what he actually said -- all being views Jorjani had articulated in less direct ways elsewhere -- Jorjani and his deluded supporters instead began a denial campaign all over the internet, asserting that his comments in that video had been taken out of context or that he did not say what he actually did. Whatever.

Jorjani himself then went running in proverbial (and maybe even actual) tears to his wealthy North American Jewish friends, wealthy upper middle-class North America Jewish friends who also happen to be dyed in the wool political Zionists, the result of which was this totally pusillanimous and ridiculously duplicitous crypto-mea culpa:


More recently both he and the so-called "Iranian Renaissance" organization he belongs to have even raised that bar by recording and uploading a Persian-language discussion program on Youtube (1 February 2018) where Jorjani (and his Iranian Renaissance colleagues) are outright endorsing Zionism and advocating for a "Greater Israel" as a natural ally of a revamped post-Islamic "Aryan" Persian Empire. You cannot make this stuff up but I did underscore in my first post on this blog about Jorjani in 2016 in that the Israelis were in command of the exiled opposition Iranian far-right based out of North America. In this video below there is no longer even the semblance of a pretense otherwise:


This has now caused a public rupture and brouhaha within this so-called "Iranian Renaissance" organization from across the Atlantic by another of these clowns who is named Omid Dana, who has come out swinging against the shameless dumbassery and flagrant opportunism of his now former colleagues whom he has now publicly distanced himself from.

And these people say they want to overthrow the Islamic Republic of Iran and bring back the monarchy. With enemies like these, who needs friends?