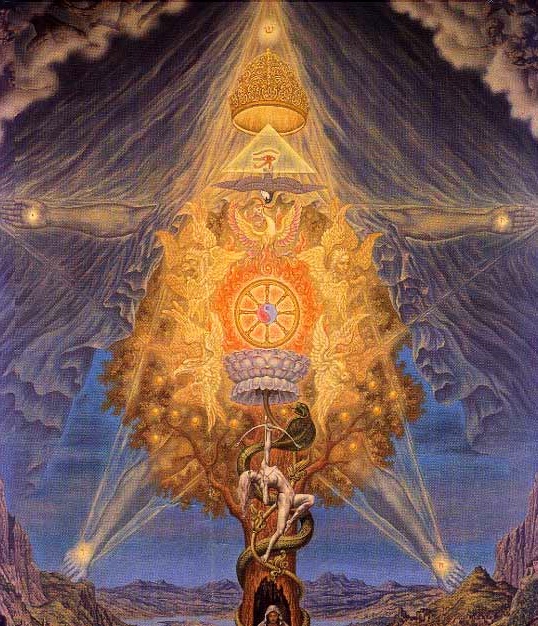 Spirit-in-itself (or plural 'spirits') occurs outside of cultural socialization as such. Cultural socialization-in-itself is a human construction. It evolves, it hybridizes with other cultures around it, it is constantly becoming, etc. So on that level, vis-a-vis Spirit-in-itself, culture is a veil to Spirit (but let us put this in brackets for the moment). However, Spirit (and its plural) communicates with humans through the matrix of culture and socialization and not outside of it since culture is a material substrate (I use this word material loosely) or medium, as it were, wherein humans can communicate and interact with It in the first place (this, in a sense, resolves the dualism between pneumena and phenomena that has plagued Western philosophy and its cultural dialogue since Immanuel Kant).


But herein is the catch, socialization and culture also generate the psychic and psychological veils, traps, bondings, conditioning and enmeshings that conceal the Spirit: veils that are necessary to remove in order for the interaction and communication with the Spirit (or 'spirits') to occur authentically. Nevertheless when such interaction and communication occurs -- even when the material veils are removed -- it occurs through the matrix and prism of the ideations and languagings of the culture and socialization of the one communicating/interacting with It. But what henceforth occurs for the individual communicating/interacting is that culture and socialization now become transparent and amphibolous to the Spirit and Its world. In other words, from that point forward, the theurgist/wayfarer (by virtue of overcoming the material veils of culture and socialization eo ipse) now becomes the semiotician, the interpreter of the 'signs', of the Spirit within the matrices of materiality. At this point the question of  "cultural appropriation" has no meaning at all since Spirit is beyond the boundaries of all culture and by virtue of it can appropriate all semiotic referents, signifiers and indicators such that spiritual syncretism becomes merely the augmentation of the discursive (or, more precisely, noetic) lenses of communication/interaction with the Spirit.

Now, the Neo-Traditionalists criticize "syncretism" and label it as heterodox to their quite narrow definition of what constitutes "orthodoxy." Yet they themselves engage in the exact same thing indicated above while calling it "perennialism;" and herein is one of the major Guenonian fallacies. If we take the dictum "that the Spirit bloweth wheresoever it listeth" (John 3:8); and that related to this, that Spirit is present in all things; then it stands to reason that authentic syncretism (as opposed to "fashionable syncretism" that is merely a gimmick without any further reality, like hipsterism, for example) is a completely valid noetic context and subtext to which and by which we can speak about the Spirit and its worlds and interact with the same accordingly. While Henry Corbin completely understood this, the Guenonian Neo-Traditionalists have had problems with grasping this truism fully and instead have fallen into assorted fallacies and in the process subscribed to discursive forms of bigotry, exclusivism and exclusionism.


That said, “cultural appropriation” and authentic syncretism are not the same thing. They in fact stand at diametrically opposite poles because “cultural appropriation” is very much a function of capitalist fetishism with its warped epistemic tokenization of literally everything under the sun. Cultural appropriation also illegitimately acquires what has not originally been produced by it and then shuts out genuine representatives of a given spiritual culture from what was originally produced by their culture. As such cultural appropriation is a function of cultural colonialism and the overall colonization process. To give an example, cultural appropriation is, say, when white Anglo-Americans (who have no valid or authentic connection to the culture and traditions of indigenous North Americans) dress up as Native Americans and pass themselves off as native healers and shamans, charging money and profiting from what they claim at the expense of native peoples themselves, etc. The examples can be multiplied. However, when a given spiritual aspirant, say, prays to the Spirit via one cultural tradition while incorporating the contexts and subtexts of another into their personalized praxis and metanarrative of the Spirit, this is not cultural appropriation but authentic syncretism -– a function that in itself has been behind the evolutionary process of literally every spiritual culture from the dawn of time. 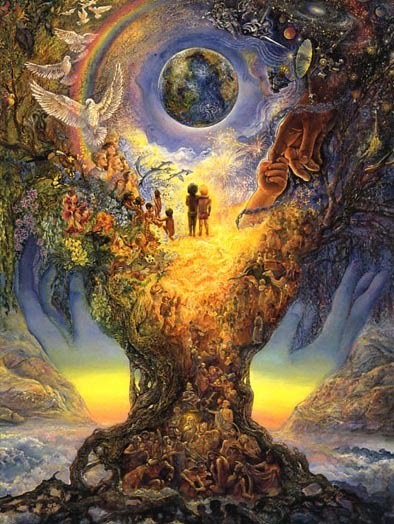