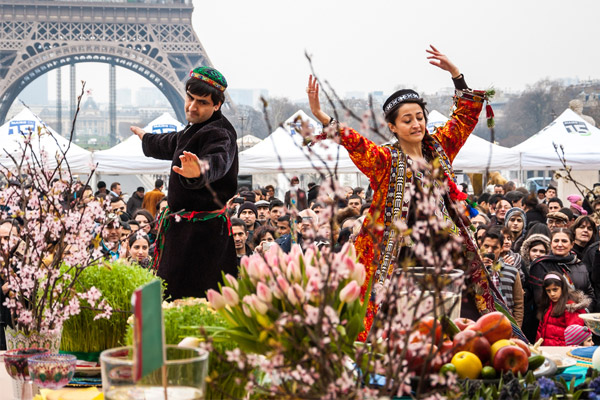 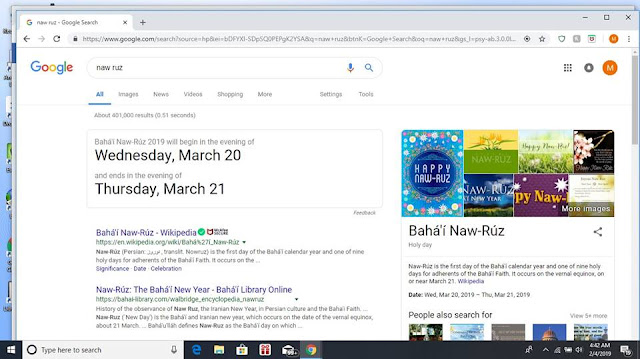 786
Google Naw Ruz, i.e. the Iranian New Year established 5000 years ago by Iranian Zoroastrians to commemorate the equinox, and via the equinox with the passing of Pisces into Aries to mark the beginning of the cycle of every seasonal year. On Google the entirety of the first page of listings on Naw Ruz is devoted to the Baha'is. Now, the Baha'is officially claim 6-7 million people worldwide although the real number is probably closer to a few hundred thousand (and that's being generous). Iran's population is 80 million plus and Naw Ruz is as important to an Iranian Muslim as it is to an Iranian Zoroastrian and an Iranian Jew and an Iranian Christian and even Iranian atheists. Moreover, Naw Ruz is commemorated in Tajikistan, Afghanistan, parts of the Caucuses and the sub-continent. The total population of the Iranian diaspora abroad is also far more than the worldwide population that the Baha'is claim of their own flock. Yet if one were to believe Google search optimized listings, one would easily come to the conclusion that Naw Ruz exclusively belongs to the Baha'is only and that no other people hold this date and its significance in commemoration. In other words, everybody else but the Baha'is has been made invisible around Naw Ruz. This is Americanism and reveals the core animating Americanism behind Mirza Husayn Ali Nuri's cult.

But this is also the problem with the internet and how it has skewed reality to highest bidders and how it is essentially in the service of corporate capital and the ideological agendas of Anglo-American Empire which revolve around the agendas of Anglo-American corporatocracy. My good wife aptly calls the Baha'is "one of the groups occupying the internet." This cult (and an NRM cult it very much is) -- who is now openly in alliance with a plethora of Beltway Neoconservative think-tanks and figures -- is brazenly appropriating the Iranian national New Year, Naw Ruz, online without anyone daring to challenge them. This must change, and the aggressive American-style corporate tactics of this cult in dominating the internet with its agendas over such things as Naw Ruz must be exposed and seen for what it is.