A note on the Babi/Bayani concept of progressive Theophanies 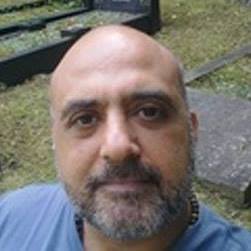 In the Bayân the cycle of prophecy (dawr nubuwwa) is considered to have been sealed (and so thereby terminated) by Muhammad, but not of Messengerhood (risâla) tout court. The specific cycle of Vicegerency, Divine Friendship or Providential Guidance (wilâya), is deemed in its apogee to have been opened with 'Alî : a cycle which is considered in this context to be that of the inauguration of the the cycles of 'divinity' (ulûhîya) and 'manifestationhood' (mazharîya) proper; that is, within its maturity in the inauguration of the cycle of the Bayân – which in turn, as wilâya, is a cycle sealed (due to its maturity), according to the  Bayân, by the Bab, the Essence of the Seven Letters, himself who ushers in (or peels off from the station of providential guidance, rather) through his successor the cycle of mirrorhood (mirâtîya). This cycle of mirrorhood, in turn, is matured within, and so then sealed by, the Bayânî messianic figure, 'He whom the Godhead shall make Manifest' (man yuzhiruhu'Llâh); who, for his part, inaugurates a higher tenuity of these revelatory cycles of historical-dispensational hierophanies through his chosen successor, and so on and so forth, ad nauseum.

This process is seen in the Bayân to have followed this trajectory of unfoldment from th ebeginning of all dispensational-aeonic beginnings, ensuring the world is never bereft of an aspect of divine guidance and mundane spatiotemporal time never divorced from a measure of revelatory unfoldment; which, with each subsequent unfoldment, as it were, unfolds (or expands) a little more of Itself in horizontal-spatiotemporal time, but only to the adepts and initiates who are called to recognize it (note that as in the Shi'ite esoteric oeuvre of the sayings of the Imâms, in the Bayânî  corpus as well mu'min/believer is a cipher for esoteric adepts or initiates, i.e. gnostic, 'ârif).

Indeed cycles of Revelation (adwâr tanzîl) continue indefinitely; only specific functions expend themselves - and this would be true on all levels. The cyclical notion of time in the Bayân of the perpetual resurrections with their continual divine revelations instances similar ideas expounded in the texts of classical Ismâ'îlism. To wit,

“The condition of the qîyâma could, in principle, be granted or withheld by the current Imâm to mankind, or to the [gnostic] elite, at any time; consequently, at the will of the Imâm, human life could alternate between the times of qîyâma, when reality is manifest, and satr, when reality is hidden,” Farhad Daftary, The Ismá’ílís: Their History and Doctrines (Cambridge University Press: Cambridge, 1994), p. 410

Implied in this idea, albeit not overtly expressed, is that each divine revelation/resurrection represents, as it were, an exoterification of that which was the esoteric dimension of the previous dispensational hierophany in horizontal-spatiotemporality such that each divine revelation/resurrection represents an expansive expansion into the depths (inbisât) of the esoteric reality whereby the esoteric of the past becomes the exoteric of the present, so that new, expanded horizons of esotericism unfold themselves perpetually from resurrection to resurrection, ad infinitum. This, then, means that the formal function of expansive expansion into the depths (inbisât) is a priori  one of perpetual, unceasing esoterification of the esoteric in the horizontal dimension in a process 'initiated' in illo tempore from Above of a progressive verticalization of the horizontal; or even perpetual levels and unfoldments of apokatastases, if you will.Obviously this idea is closely related to Ibn 'Arabî's notion of continual re-creation (tajaddud khalq) as well as Mullâ Sadrâ's transubstantial motion (haraka jawharîya).

To put it another way, it can be conceived that within the totality of all these hierophanic dispensational cycles of Revelation all levels of the hierophantic function are already-always presupposed ab origine such that within the office of prophecy that of vicegerency/providential guidance is contained, and within that, mirrorhood – as articulated in augmented fashion in the Book of the Five Grades itself - whereby these endless parousianic hierophanies occur as a function of the progressive lifting of the Veils (or the peeling of shells) of Tawhid (the divine unicity). This, then, would not be about horizontal-spatiotemporal or quantitative progress as such, but about progressive cycles of interiorization, or initiatice expansion into the depths (i.e. inbisât). Conversely, however, and a fortiori , this does not then mean that with each passing hierophany the veils are made less transparent to the generality or mass of non-initiates. In fact the very opposite is explicitly stated to be such in the Persian Bayân such that the generality of the mass of non-adepts (the majority of people having not noetically comprehended the general Theophany previously) – especialy in the subsequent Manifestation after that of the Bayân – are even more spiritually blinded, and thus increasingly veiled, than those preceding them in the prior, see the Book of the Five Grades, passim, especially the second to last line at the bottom of page 199 (present unlithographed Tehran edition, n.d.)

Note here that the symbolism of the night (layl) replete throughout the Persian Bayân is indicative of the period when the Sun of Reality (namely, the Manifestation/Divine Messenger) has set in the horizontal, spatiotemporal-terrestrial world (i.e. the Prophet-Messenger has ascended, died), and the symbolism of the night of nights (layl al-layl) in the same Book as that long period of the interregnum between the dawnings of that Sun, i.e. the greater period or cycle between Manifestations. Layl  therefore indicates the general process of occultation (ghayba).

Note also that in the High Theophanology of Islamic esotericism, represented primarily by the school of Ibn 'Arabî (d. 1240),  such symbolism has also had some positive applications as indicating the Godhead in the paradoxical modality of Its naked manifestational concealment or absolutely hidden self-revelation. Amongst some of the commentators of this school, the Shi'ite Akbarians Siyyid Haydar Amûlî (d.1384/5?) and Shaykh Muhammad Shamsuddîn Lâhijî (d. 1493/4?) specifically amongst them, the symbolism of the night, the night of nights and the black light (nûr'al-aswad) refer directly to the highest levels of those visionary apperceptions of the divine theophanies disclosing upon the heart of the gnostic of the pre-eternal reflections of the divine Essence Itself (dhât) during the acme of the ascension process occuring in thewaystations of pure abstraction (tajrîd). Layl and layl al-layl are, therefore, respectively ciphers denoting fanâ' (annihilation) and fanâ' al-fanâ' (the annihilation of the annihilation). Both these functions of night and the night of nights, whether in Islamic esotericism properly or in the Bayân, indicate the general function of the tawîl. For the symbolism of the night and the black light, see Toshihiko Izutsu Creation and the Timeless Order of Things: Essays in Islamic Mystical Philosophy White Cloud Press (Ashland: 1995) and Corbin.

In the Bayânî eschatological scheme, roles are augmented in the following Revelation (Zuhûr), or Resurrection (qîyâma), and that is, the previous moon ascends to its own solarity and thereby spawns a new moon upon which it henceforth shines; which then, for its part (i.e. the new moon), begins its rise and ascent to its own solarity, etc. Note well Subh-i-i-Azal's titles of shams (sun) and nûr (light). Conversely this scheme also simultaneously unfolds in the following manner as well, thus giving the trajectory of our symbolism a dual  ascendent/descendent amphibolous structure: a sun descends (nuzûl) to its lunality and brings forth a new sun out of itself as its spiritual offspring (walad rûhânî), which is its own apotheosis, that then rises ('urûj) and again descends spawning its own, ad infinitum. Note how in Islamic esotericism the imagery of the moon (badr) has often been associated with Muhammad and the office of prophecy (nubuwwa) while the sun (shams) and the lion (asad or haydar, which is a solar animal) with 'Alî and wilâya.