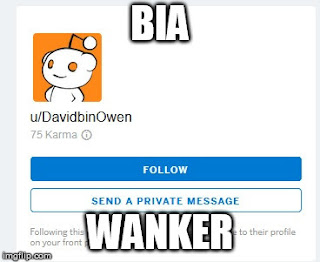 The traditional group was maybe a few thousand before 1979 ( now even fewer) of mostly persons raised by Bayani parents.

Mr. Hack-ala has no evidence whatsoever for such statements on Bayānī numbers before the Islamic Revolution of 1979. It is not as if the Bayānīs were volunteering to the Bahā’is their own internal numbers and statistics during those years. In fact, from the late 1950s onwards the administration of the Haifan Baha’i cult in Iran and abroad had quite matter of factly asserted to its flock that the Bayānīs (i.e. Azalī Bābīs) no longer even existed. Such statements are documented on the part of these cultists. During the last decade when this demonstrable lie and shameless propaganda talking point was finally proven to be what it is in public, goal posts shifted and the Baha’i Internet Agency via sockpuppets such as Mr Hack-ala then started speculating (and upon the same nonexistent bases) regarding Bayani numbers before and after the Islamic Revolution. When pressed on where they get their information from, these people simply evade and keep parrot-fashion repeating such absurdities.

Be that as it may, the issue is something entirely different with the quibbling about numbers and survival merely an excuse: Baha’i triumphalism subsists on the fallacy that Baha’ullah and the Baha’is had completely vanquished Subh-i-Azal and his followers. When this appears not to be the case, and that the Bayanis endured, the argumentative foundation for Baha’i triumphalism unravels with Baha’ullah and his followers quickly revealed to be what they are: LIARS.

You will find many now object to being called Azalis or even Babis. They now prefer Bayani.

Per the Bāb’s own writings, the proper term of designation has always been Bayānī, i.e. in reference to the central proof-text of this creed, namely, the Bayān (exposition, enumeration, manifestation, clarity). The terms “Azalī” and “Azalī Bābī” held no currency even under the founder of the Bahāʾī faith himself, and there is no MSS or other textual evidence proving otherwise prior to the late nineteenth century when E.G. Browne and the Bahāʾīs first began popularizing it. In fact in his kitāb-i-aqdas (Most Holy Book) Bahā’ullāh himself plainly refers to this community as the “ahl al-bayān” (people of the Bayān) and elsewhere in its plural form in Persian as “bayānīyān,” which is to say, Bayānīs. Moreover, and this is the crucial point, Bahā’ullāh does not refer to the Bayānīs as “Azalīs” even in his late 1867 kitāb-i-badīʿ, which was his response to his Bayānī detractors. If it be pointed out that E.G. Browne uses the term ‘Azalī’ (or, rather, in its turkified pronunciation of “Ezelī”) as early as in A Year Amongst the Persians (London: Adam and Charles Black, 1893) -- being the travelogue of his journey to Iran during 1887-8 -- this still does not prove any widespread currency to the term in an earlier period prior to when Browne first began popularizing the term in Western print; nor, for that matter, is there the slightest hint or indication in the text of Browne’s travelogue that those Bayānīs he met with during his stay in Iran (or in Cyprus, for that matter) actually identified themselves with the term. Browne labelled them with it while the Bahāʾīs (as well as some Muslim detractors) gave it further currency independently of Browne; but the Bayānīs never labelled themselves with this term.

Furthermore, in no piece of writing authored by him does Ṣubḥ-i-Azal ever once refer to the creed which he headed as ‘Azalī’ or ‘Azalī Bābism’. Instead Ṣubḥ-i-Azal always consistently refers in his writings to the “Bayān” and “the people of the Bayān” but never ‘Azalī’, let alone ‘Azalī Bābism’.

Now, a point that many illiterate but arrogant Bahāʾīs are unaware of as to the underlying reasons why the Bāb specifically even named his creed the “Bayān” and not something else: The reason is because in the esoteric teachings of the Twelver Imāms (ع) as recorded in the Shiʿi ḥadīth literature, “bayān” (exposition, enumeration, manifestation, clarity) constitutes the highest stage (maqām) of spiritual realization (maʿrifa), being the stage of the realization of tawḥīd (the unicity of the Divine) as reflected through the mirror of walaya (providential guidance).  In other words, in the lexicon of the People of the House (ع) “bayān” is equivalent to noesis (ʿirfān, maʿrifa); and as friend and colleague Professor Idris Samawi Hamid recently explained in a Facebook post, the stage of “bayān” in esoteric Twelver Shiʿism, mutatis mutandis, can be compared to that of Satori in Zen Buddhism. This word was also copiously glossed and commented upon by the first two major figures of the Shaykhī school, Shaykh Aḥmad al-Aḥsāʾī and Siyyid Kāẓim al-Rashtī (اعلى الله مقامهما), so its deep resonance with the early Bābīs (who, other than a meagre handful, were all Shaykhīs) was immediate and with its implications understood by them. “Bayān” is also what God specifically teaches humanity after the Qurʾān in the fourth verse of the 55th chapter (sūrah) of the Qurʾān (al-raḥmān, the Merciful):

In the Name of God the Compassionate, the Merciful!
The Merciful! He taught the Qurʾān! He created humanity! He taught him the “Bayān” (exposition, enumeration, manifestation, clarity)! 55:1-4 (my trans.)

Herein are the motivating reasons as to why the Bāb named his creed as such.

Dr. Momen and others have written on this community in The Cyprus Exiles, 1991, which can be found on the Bahai-library.com.

All of Moojan Momen’s contentions in ‘The Cyprus Exiles’ are baseless and without foundation. For example, his claim that Ṣubḥ-i-Azal had originally intended to appoint his own son Aḥmad Bahhāj (d. 1933) as his successor but did not do so as a consequence of a family dispute –- a contention for which he does not provide a single source –- is baseless and so can be safely dismissed as unfounded. Equally without merit is Momen’s claim asserting that Aḥmad Bahhāj converted to Bahāism. Evidence proving the groundless nature of this latter claim –- and one originating posthumously first with Shoghi Effendi in his God Passes By and later in  1967 with Lady Blomfield (d. 1939) in her The Chosen Highway (Oxford: George Ronald, 1967), 237-8 -- can be easily demonstrated on the basis of several existent MSS of the works of  Ṣubḥ-i-Azal that were copied in the hand of Aḥmad Bahhāj well after the timeline in which the Bahāʾīs allege he made his purported conversion.

Furthermore, according to his relative Jalāl Azal, before his public apostacy from Bahāism and during the period while he was still a leading Bahāʾī muballigh  (proselytizer) living in Palestine, ʿAbd’ul-Ḥusayn Āyatī Āvārih (d. 1953-4) had approached Aḥmad Bahhāj on several occasions upon the behest of first ʿAbd’ul-Bahāʾ and then later Shoghi Effendi urging the latter to pen an open denunciation of his father, Ṣubḥ-i-Azal, to which attempts Aḥmad Bahhāj had unequivocally refused, see Jalāl Azal The Religion of the Bayān and the Claims of the Bahāʾīs,  170. Jalāl Azal goes on to say that “…Shoghi Effendi’s statement in God Passes By, P.233 that he [i.e. Aḥmad Bahhāj] ‘expressed repentance, asked for forgiveness, was graciously accepted by him [i.e. Sir Abbas Effendi] and remained till the hour of his death, a loyal follower of the [Bahāʾī]  faith’, is devoid of historical foundation…” (ibid.) , online, https://archive.org/details/TheReligionOfTheBayanAndTheClaimsOfTheBahais  (accessed December 22, 2017), 175.

>The Guardian does use harsh language with respect to certain Azalis.

Yes, the same “Guardian” who was claimed to be a Shiʿite Muslim by his wife, his relatives and the Hands in an Iranian probate court during the late 1950s/early 1960s so that this wife, his relatives and the Hands would be able to seize Iranian Bahaʾī properties and assets that had been earlier registered under his name. Let that sink in, Baha'is criticize Bayanis for practicing the disipline of the arcane (taqiya) in order to protect themselves from harassment while the Baha'is themselves did the same thing in public on behalf of the very same "Guardian" who used harsh language against the Bayanis by claiming Shoghi Effendi as a Shiʿite Muslim for purposes of a legal fraud undertaken by the Baha'i leadership in order to seize Baha'i properties and assets in Iran.

There are some Writings of the Bab that cannot be fully authenticated due to poor copies and apparent altering of the texts by Azalis.

For further information, see my The Organizational Hierarchy of the Bābīs during the period of Ṣubḥ-i-Azal’s residency in Baghdad (1852 – 1863).