A warning to the Haifan Baha'i organization 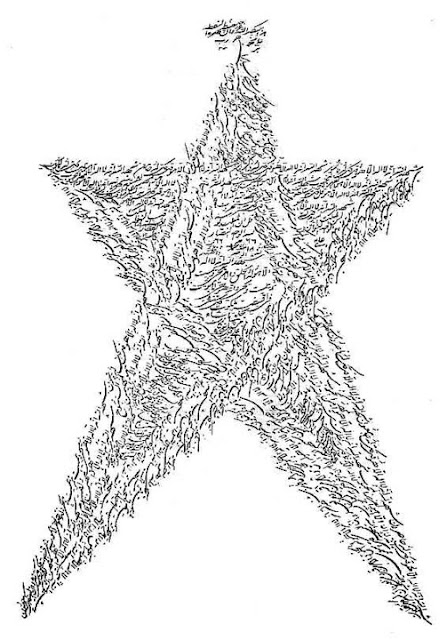 So certain Haifan Baha'is on Facebook known to be serving on the Baha'i Internet Agency are apparently on record in recent times openly claiming that the Baha'i "institutions" (i.e. the cult's bureaucracy) will be soon initiating a widespread "final solution" to their Bayani (Azali Babi) problem. I hope these people realize that the bloody nose they recieved from Mr Francesco Ficicchia  and the German Council of Protestant churches during the early 1980s when the West German government withdrew their status as a recognized religion (forcing them instead for nearly 30 years into the wilderness of NGO status until by a legal quirk they regained that status from an administrative court only recently) can be replicated x1000 if they are not careful and do not back off immediately. The Haifan Baha'i organization is already on the radar of assorted law enforcement and government agencies in Germany for their documented collusion with the far-right in social media and the criminal activities of US based far-right trolls they are connected to. Further harassment will be taken as pursuance of a corporate institutional policy by the Haifan Baha'i organization itself*, and will be dealt with in exactly the same manner as they were dealt with in the 1980s since the National Spiritual Assembly of the Baha'is of Germany would be answerable in law for such wanton criminality (as such an open enunciation of 'final solutions' is a direct violation of the German constitution and its basic law, not to mention the European conventions on HR to which they can simultaneously be held accountable).
The recent wave of fascism in Europe and North America seems to have emboldened the opportunism of Haifan Baha'is against their own longstanding political enemies: the Bayanis (Azali Babis). However, whatever the passing trends and fads, there exist red lines that once crossed will open a legal pandoras box for the Haifan Baha'i organization that will put them right back into the same situation they found themselves in during the 1980s-2000s -- and even far worse.


http://bahai-library.com/published.uhj/counsellors.html
THE INSTITUTION OF THE COUNSELLORS
A Document Prepared by the Universal House of Justice
January 29 2001


Although deepening the friends' understanding of the Covenant and increasing their love and loyalty to it are of paramount importance, the duties of the Auxiliary Board members for Protection do not end here. The Board members must remain ever vigilant, monitoring the actions of those who, driven by the promptings of ego, seek to sow the seeds of doubt in the minds of the friends and undermine the Faith. In general, whenever believers become aware of such problems, they should immediately contact whatever institution they feel moved to turn to, whether it be a Counsellor, an Auxiliary Board member, the National Spiritual Assembly or their own Local Assembly. It then becomes the duty of that institution to ensure that the report is fed into the correct channels and that all the other institutions affected are promptly informed. Not infrequently, the responsibility will fall on an Auxiliary Board member, in coordination with the Assembly concerned, to take some form of action in response to the situation. This involvement will include counselling the believer in question; warning him, if necessary, of the consequences of his actions; and bringing to the attention of the Counsellors the gravity of the situation, which may call for their intervention. Naturally, the Board member has to exert every effort to counteract the schemes and arrest the spread of the influence of those few who, despite attempts to guide them, eventually break the Covenant.


The need to protect the Faith from the attacks of its enemies may not be generally appreciated by the friends, particularly in places where attacks have been infrequent. However, it is certain that such opposition will increase, become concerted, and eventually universal. The writings clearly foreshadow not only an intensification of the machinations of internal enemies, but a rise in the hostility and opposition of its external enemies, whether religious or secular, as the Cause pursues its onward march towards ultimate victory. Therefore, in the light of the warnings of the Guardian, the Auxiliary Boards for Protection should keep "constantly" a "watchful eye" on those "who are known to be enemies, or to have been put out of the Faith", discreetly investigate their activities, alert intelligently the friends to the opposition inevitably to come, explain how each crisis in God's Faith has always proved to be a blessing in disguise, and prepare them for the "dire contest which is destined to range the Army of Light against the forces of darkness".
---
See also Baha'i CULT FAQ
Email Post
Labels: bahai cult faq collusion cult far-right Francesco Ficicchia haifan bahai cult law enforcement warning