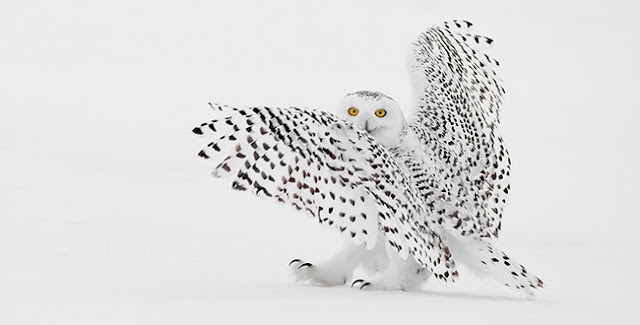 786
This has come up in several conversations now. Like everything else, Non-Dualism and talk of non-duality has been made into an argumentative gimmick in recent times. It has become a knee-jerk strategy to shut down discussion and can be used as a psychologistic tactic of argumentative gaslighting in order to turn the tables on a given interlocutor. It is also quite a reactionary approach to discussion and reveals how even the highest truths of metaphysics can be appropriated for purposes of some crass Wittgensteinian language game by other means. New Agey types are especially guilty of it. However, those who use this argumentative tactic reveal their fundamental ignorance of greater epistemological as well as ontological questions, not to mention causality itself.

While certain Buddhist and Hindu Vedanta texts can sometimes give the impression that a blanket non-duality is the ultimate state of things and we shouldn't speak about anything else, in the Islamic tradition of non-dualism this is not the case at all. The greatest exponent of non-dualism in the Islamic tradition of mysticism is Muḥyiddīn Ibn ʿArabī (d. 1240). While most usually only read and reflect on his Fuṣūs al-Ḥikam (the Bezels of Wisdom), it is in his opus magnum the Futūhāt al-Makkīyah (the Meccan Openings) where the real unpacking of his metaphysical worldview occurs. In his Futūhāt, a standpoint epistemology predicated on an infinite chain of being/existence and causality self-disclosing (tajallī) from God is insisted upon with a constant refrain by him that 'things should be put in their proper place'. This approach to non-dualism -- known as waḥdat al-wujūd in Arabic (the unity of being) -- is critical, finessed and in conspicuous distinction to the blanket and uncritical non-dualist talk we hear in some contemporary circles (or even in many Buddhist and Hindu ones). 'Tension' (i.e. a dialectic) is also at the backdrop of this perspective on non-dualism where the word for existence/being in Arabic (wujūd) is treated and glossed from its verbal root of w-j-d ('wajada' i.e. to find) to indicate the greater situation of things since to find is also to lose (and to find again), ad infinitum.

That aside, when we take Non-Dualism and make it into an argumentative crutch we are not only committing discursive category errors and fallacies of a blatant sort but also denying agency, both moral and otherwise, whether to ourselves or to others. When we do this we are then projecting our own limited ideational monochromatisms upon the greater questions of being/existence which arguably no single created mind can ever contain. And this is among the problems that occur when talk of Non-Dualism as opposed to the reality of non-duality is made into an argumentative tactic.

From the point of view of a Shiʿi Sufi such as myself, non-dualism is another way of saying tawḥīd (the unicity of God). However, this non-duality only applies to the Essence of the All-High and not to the created essences of Its creation. While the self-disclosure (tajallī) of God occurs within all the Names and Attributes, which is all things, yet the non-dual Essence of the One simultaneously remains ontologically aloof and transcendent from the self-disclosures and theophanies of its own Names and Attributes. As much confusion and contradiction has occurred even within the school of Ibn ʿArabī himself over this question, believe it or not, when one reads his Futūhāt al-Makkīyah this was also the perspective of Muḥyiddīn Ibn ʿArabī. With the Shiʿi Imāms (ع), the real Hierophants as far as I am concerned, the question of non-dualism becomes even more nuanced and finessed than even Ibn ʿArabī and his elaborate metaphysical system especially since the Path of these Imams (ع) rests on the pillars of Tabarrā and Tawallā which are both the steeds that elevate to the final station of Clarity (maqām al-bayān), i.e. the station of the Blaze-Flux (fuʾad) which is Existence/Being.
Now, the Ahl al-Bayt's (ع) non-dualism is perfectly exemplified in the discourse between ʿAlī (ع) and Kumayl known as the Ḥadīth al-Haqīqa. The dialogue about Ultimate Reality is the centrepiece. However, there is also a set and setting involved within three dimensional spatiotemporality in which the dialogue occurs, not to mention there are specifically two interlocutors involved in it: ʿAlī (ع) and Kumayl. Some transmissions even believe that this dialogue occurred during a respite in the Battle of Ṣiffīn, so understand!
--
"When colorlessness became the captive of color
A Moses went to war with Jesus" ~ Rumi, Masnavi.

Once upon a time a wandering dervish came upon a grove owned by an elderly, retired man in the twilight of his years. The elderly man had spent years tending to his garden with much love and care, growing in it all kinds of sumptuous fruits and vegetables. Recently having been graced with a realization of the Unity of Being (wahdat al-wujud), the dervish thought to himself, "I am hungry, and there is no blame if I jump over this man's fence and help myself to the fruits of his garden since all is God!"

So the dervish proceeded to jump over the old man’s fence and, without asking his permission, began to greedily help himself to the fruits and vegetables of the old man's garden.

After a while the old man saw what the dervish was doing and so began to yell at him from across the way: "hey you, what are you doing? Why are you eating from the fruits of my garden without my permission?" The dervish responded, "this is God's garden, these are God's fruits and I am God eating God!" The old man angrily retorted, "is that right?" The dervish imperiously responded, "yes, that's right!"

So the old man proceeded over to the other side of his house to fetch his big, heavy walking stick. He returned straight back over to the dervish and began to now beat him mercilessly! The dervish cried, "what is wrong with you, old man? Why are you beating me like this?" The old man responded, "well, this is God's garden, these are God's fruits and I am God beating God!"
--