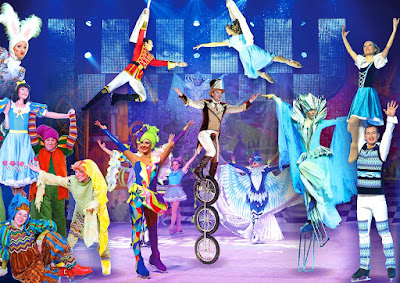 Neither Qom or Kāshān, to hell with both of them ~ Persian Proverb


Friends, please do not drag me into any discussions with pro-Russians, Duginists, their minions and associated tribes. My point of view is the following: if both the Anglo-American and the Russian power elites went to hell together, it would not be soon enough. Having said that, I am not remotely interested in the pro- and con- tribalisms associated with this stuff anymore. Charles Upton's recent publication roasting Aleksandr Dugin on an open fire is sufficient for me to permanently close the chapter on the insanity that epitomizes the psychoses of this so-called anti-imperialist circus that seems to want go on forever without resolution. Besides, none of us here -- including most of the virtue signalers online on both sides -- weild sufficient influence to change a damn thing.
That said, this Great Game between the Anglos and the Russians was played once before during the 19th century and leading into the 20th, and its consequences are already well known. The one unfolding now is no different than the one that unfolded then. Thankfully, however, the fascism in this generation spawned jointly by the Anglos and the Russians has alighted in the Anglo-Saxon world only and is definitely on the wane now here in Germany and elsewhere in Europe.

Be that as it may, this world must change or we all die as a species and take other species here (who are completely innocent of the parasite that humanity has become) with us -- and we only have a limited time to enact the revolutionary changes necessary to prevent catastrophe. Unfortunately neither the Anglo-Saxons with their Neoliberalism nor the Russians with their Eurasianism are going to make this quintessential change happen on this planet and redirect things into a positive direction. Both of these two forces represent the quintessence of the problem itself.

My task now in the forthcoming year and years to come, with the aid and strength of the Almighty Creator of All-Existence, is to revive and present the solution which I believe was articulated by the greatest esoteric prophet-messenger who in my view has ever walked the face of the earth: the Primal Point, Siyyid 'Ali Muhammad Shirāzi, the Essence of the Seven Letters, the Bāb (the Splendor from God be upon Him in every moment, before every moment and after every moment). Using the concise precision and economy of only seven words composed of 29 letters, in His Arabic Bayān, the Bāb laid out the radical solution to the problem that besets humankind, and that solution is as simple as it is far reaching: